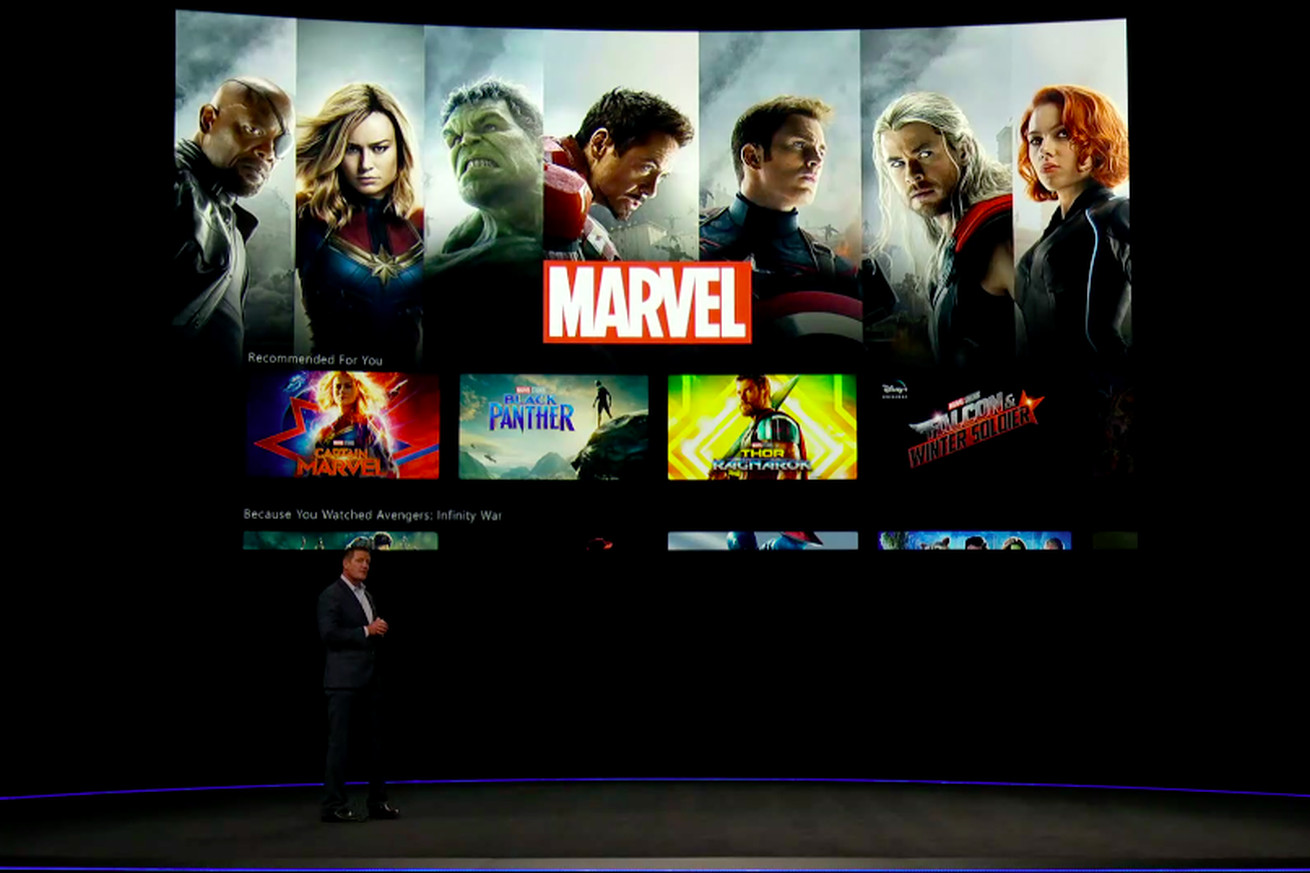 Disney’s Kevin Mayer, head of the company’s direct-to-consumer unit, gave investors their first look at the Disney+ app and interface. Similar to Netflix, Disney+ users are greeted by rows of recommended content, new TV series or movies added to the platform, and genres. Unlike Netflix, there are five hubs that sit at the top of the page, which will bring users to designated areas for Disney’s various franchises: Disney, Pixar, Marvel, Star Wars, and National Geographic.

Disney+ will be available to stream through smart TVs, web browsers, on tablets and mobile devices, and game consoles, according to Mayer….